VIEW OUR SPECIALS
GET AN ESTIMATE

It is easy to take your home’s plumbing for granted. It always seems to work when you need it to and it makes everything in your life much more convenient. From having easy access to drinking water to being able to bathe in warm water, plumbing provides us numerous benefits that we often don’t think too much about.

Even when you run into plumbing problems, you always have access to a plumber who can come and fix your problem quickly and get everything working as it should. Our plumbers at Cupertino Plumbing can help when you need plumbing services and will make sure that you enjoy the convenience of well-working plumbing again. Be sure to check out our plumbing services to learn more and schedule an estimate today!

It is rare that we think about our plumbing or how nice it is to have our modern plumbing system, but have you ever taken a moment to think about what plumbing was like in the past? Have you ever thought about what people did before they had flushing toilets or running water? In this blog, we are going to talk about the evolution of plumbing! Read on to learn more, you may be surprised by where plumbing began and how far we have come.

The Beginning Of Plumbing

The first signs of plumbing can be traced back to about 4000 to 3000 B.C. Archaeologists discovered what resembled water pipes in the Indus River in India that dated back to around this time period. During this same time period, the ancient Egyptians used copper pipes to create irrigation and sewer systems. The Egyptians created sophisticated bathrooms in the pyramids that included the irrigation and sewage systems.

This early time period was important for plumbing and early civilizations were able to create unique plumbing solutions out of the resources they had. Some of the plumbing highlights include: 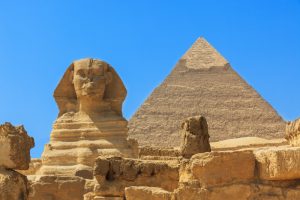 During these early years in history, the first plumbing systems were developed. It is truly amazing to think about how innovative early civilizations were and what they were able to create. Thanks to their inventions and creations, we have the plumbing that we are used to today.

After the fall of Rome, plumbing innovations took a downward turn. Many people turned against the advances that Rome had made and introduced to the rest of the world, which includes running water, bathing, and more. For a brief period during this time, people believed that bathing actually caused illness.

During the medieval and colonial times, chamber pots were used, especially in North America, where plumbing was yet to become part of the infrastructure. People would keep chamber pots in their rooms and empty them into the streets, which created an extremely unsanitary situation. Fleas, rats, and other pests became a problem and disease began to spread. Diseases, such as the Black Plague, led to a third of the European population dying in the Middle ages. In the 1800s, people finally began to realize that cleanliness and sanitation was important for health. This realization led to more bathhouses and sewer systems.

The Beginning of the Modern Plumbing 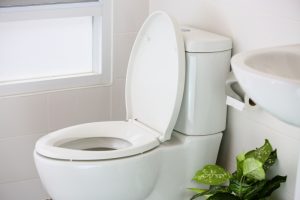 Around 1775 A.D., the prototype of the modern toilet was developed, which included a water closet that could flush but did not have a water trap. The S-trap was added to the prototype, which was a valve between the bowl and the trap and allowed water to stay in the bowl. This helped prevent the toilet from continuously smelling like sewage.

In the 1870s, water heaters were introduced and completely changed the game. Before this time, water had to be heated over a fire or naturally by the sun. Being able to get hot water on demand meant improvements in hygiene and other household tasks including laundry and dishes.

Fast forward to today and our plumbing has advanced and become something that it is hard to imagine living without. This was a quick and brief history of the evolution of plumbing, but there are so many more important moments that got us to where we are today. It is strange to think about ancient civilizations having plumbing systems of their own and how those systems developed over the years to bring us where we are today.

In today’s world, we are so used to having the convenience of running water, hot water on demand, flushing toilets, and appliances that make chores simpler. Be sure not to take these things for granted. You will learn to appreciate your plumbing if you ever run into a plumbing problem. But if that ever happens, you can always call Cupertino Plumbing to help! We offer a ton of plumbing services and can help you get your plumbing back into working condition. Learn about our services and be sure to contact us if you ever need plumbing help.